“The Tiger and the Snow (La tigre e la neve)” is one of those movies that stays in your mind for years. It has more weight then ten thousand rom coms in the way it depicts that real hungry, “I-would-go-to-the-end-of-the-world-for-you” kind of love.

It is subtitled, it is political, it is poetic and it will break your heart by being unfathomably beautiful. Oh, and Tom Waites sings in the intro dream sequence.

Every person is a Chasm 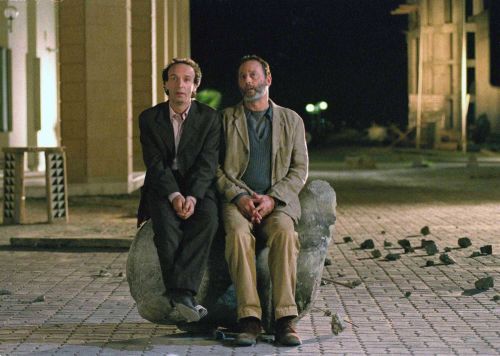 “Fuad: He was a real poet. He was young, fell in love with a woman and married her. A few years later, while he was fighting in some war, he heard his wife had contracted smallpox and had been disfigured. So Al-Giumeili said, “My eyes hurt…” and then: “I’ve gone blind.” When his wife died, 12 years later, he opened his eyes again.
Attilio de Giovanni: So as not to upset his wife, he pretended to be blind for 12 years?
Fuad: Every person is a chasm. It makes you dizzy to look down.”

Since They Touched the Sky 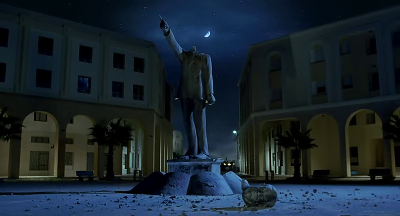 Because I Love Her When the Sun Shines on Her

“Al-Giumeili.. my old friend, find me this glycerin. I know you can. Otherwise, she is going to die.
If she dies, they can close this whole show of a world…
they can cart it off, unscrew the stars, roll up the sky and put it on a truck,
they can turn off this sunlight I love so much.
Do you know why I love it so much?
Because I love her when the sun shines on her.
They can take everything away, these carpets, columns, houses, sand, wind, frogs, ripe watermelons, hail, seven in the evening, May, June, July, basil, bees, the sea, courgettes…”
-Roberto Benigni (Playing Attilio de Giovanni in The Tiger and the Snow)

For romantics, optimistic and everyone who needs a shot in the arm when it comes to believing in earth shaking love.